Portland may be known for its high tech atmosphere and hipster persona, but The Northwest Woodworking Studio is working to make her cutting edge as well – 19th century style. The Studio has planted itself firmly in the tradition of the 19th century British Arts and Crafts movement, teaching woodworking skills to promote craftsmanship. The approach is simple: build solid, honest furniture with one’s hands and heart that will last a lifetime.

How It All Started

One spring day in 1997, Gary Rogowski, the founder and director of the Studio opened his furniture shop doors to a very small group of students eager to learn from a Master woodworker. Gary had been building furniture for private and public clients for 23 years then. His teaching and writing for Fine Woodworking Magazine had given him national exposure. He felt that a large segment of the woodworking market was being ignored by art schools and craft programs, and so launched the Studio to give traditional woodworkers a place to learn. Twelve years later, close to 500 students per year make their way through the doors of the new Studio on SE 8th Avenue in Portland, in the heart of the Central Eastside Design District.

From novice classes to the three different Mastery Programs to the week long Summer workshops, students come from around the country and the world to take a place at a bench for our hands-on classes. At the start of each class, as students introduce themselves they often state the need to work with their hands, to see the results of their efforts after a day spent staring at a computer screen. Many search for a connection to the past by learning to use the woodworking tools that may have been passed down to them. This tradition based approach of the Studio gets students working right away with tools and wood, making that very real connection between hands and minds.

After the move to a larger space now ten years ago, Studio programming expanded. Student interest has been pushing enrollment to new heights creating waiting lists as classes fill quickly. “We keep class sizes small so that students get the best possible experience with our teachers,” according to Rogowski. “Our goal isn’t to be bigger but to be the very best woodworking school in the country.” Bringing in nationally known experts in the summer like chair maker Brian Boggs and Master carver Will Neptune allows local students and those traveling in, to experience and work with some of the very best furniture makers in the country while also enjoying all that Portland has to offer.

Register Now! Call 503-284-1644 or click the Buy Now link on the class page to hold your place for these great Classes, Workshops, and Lectures! 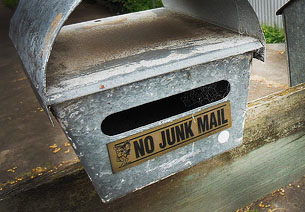